I was in conversation the other day with someone who was complaining about the short battery life of their iPhone. I remembered that I’d put an alert in my calendar for later this year to take my 6s, and Jenny’s SE down to the Apple Store to get a battery replacement under their “special offer” scheme. 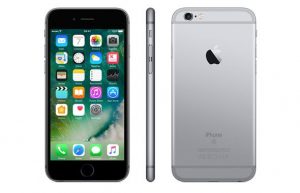 This came about as a result of them changing the way the operating system (iOS) worked on older models – slowing them down – to retain battery life. This caused a bit of a stink at the time, and so Apple responded with a replacement programme that means a replacement battery would cost £25, as opposed to £79, through 2018.
Apple also issued an advisory note to tell users a little bit more about how batteries would cease to work at full performance in this note which also explained how you could manage performance – which is of course what they should have done before they implemented it in the background without telling anyone. This article tells you how you can monitor and manage your battery health.
So … if you have one of the affected models (iPhone 6, iPhone 6 Plus, iPhone 6s, iPhone 6s Plus, iPhone SE, iPhone 7 or iPhone 7 Plus) you should consider taking advantage of the Battery Replacement Offer, but for a few people with a 6S, it could be a free replacement.
The Apple Store calls …